The VMA is delighted to advise members and the industry of the results of the 2021 Board Election.

The new Directors who will commence their three year term on 19th May 2021 at the VMA’s AGM include: 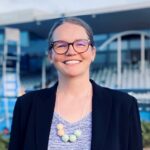 Current Infrastructure and Government Relations Manager for Tennis West, which encompasses being Manager of the State Tennis Centre in Perth, Olivia has been involved in the sports, major events and venues industry for the last 20 years.

Olivia has been a member of the Venue Management Association since 2017, has graduated from the Venue Management School in 2018, was awarded the AEG Ogden Scholarship in Year 2, which saw her attend and complete the IAVM’s Graduate Institute in the US in 2019. Olivia received the status of Accredited Venue Manager (AVM) in 2020. 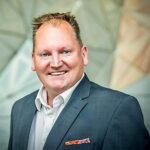 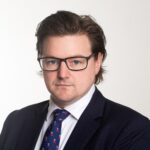 Adam is currently the Group General Counsel for ASM Global Asia Pacific. Adam has been a senior executive of various events and operations departments in his time within the industry, holding positions in venues that include Suncorp Stadium, the Beijing Olympic Basketball Arena and the Brisbane Entertainment Centre.

Adam studied a Juris Doctorate in Law, which he completed with honours and majoring in Corporate and Banking & Finance Law. After serving as an Associate to a Federal Court Judge in the Federal Court of Australia, Adam practiced law for a number of years within the Mergers & Acquisitions and Major Projects teams at Clayton Utz. 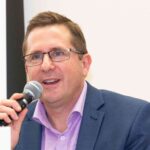 Tim is currently the Managing Director of Hawkridge Entertainment Services a boutique consultancy firm managing a team that assists organisations in the delivery of high profile, complex infrastructure and business enhancement projects across the Arts, Venue, Sports and Entertainment industries. 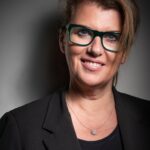 As General Manager – Rod Laver Arena, Melbourne & Olympic Parks Trust Meg has been involved in venue management since 2001.
Meg graduated the Venue Management School in 2004, graduated the IAVM’s Graduate Institute in the US in 2001, where she returned as the international guest lecturer in 2018.

Meg was on the Venue Management School VMS committee from 2012 – 2018 and was Chair from 2015 – 2017. Meg continues to lecture at the VMS (since 2010) and the Leadership Institute since its inception into Australia. Meg has been a member of the Venue Management Association since 2008.

VMA President Leighton Wood said, “On behalf of the members I take this opportunity to welcome our newly elected Directors onto the Board. The depth of experience and passion in our industry ranks is amazing and we are delighted that these five talented venue professionals will be joining the Board as the Association enters the next phase of its growth. I would also like to thank our members for their engagement in the nomination and voting process.”

Adding, “At the upcoming AGM on the 17th May I will take pleasure in introducing our new Directors and also recognising and acknowledging the outgoing Directors, David Krug, Chris Farrell AVM, Patricia McNamara CVE, Judy Vince CVE, and Evan Wood who all generously donated their time, passion and commitment to the VMA over their terms”.