With the return of the Venue Management School (VMS) this year, the School welcomes two new Instructors along with the 2022 international guest Instructor from the United States to assist in the education of our next generation of venue management professionals.

As one of the core education programs of the VMA, the Venue Management School, which also encompasses the VMA Leadership Institute, is the only industry run school of its kind in the Asia-Pacific region. The internationally recognised school has been a turning point in the careers of nearly 900 industry professionals for more than 25 years.

The VMS combines the ultimate venue industry networking experience with a two-year program featuring workshops, discussions and presentations to explore 35 topics essential to the venue industry.

The VMS Instructor pool consists of executive-level venue managers and key industry leaders with years of experience and endless industry connections who all teach each course with ready-to-implement strategies for venues of all sizes and sectors.

Having undertaken an open recruitment program, the VMS is delighted to announce two new Instructors will be joining the ranks for 2022. 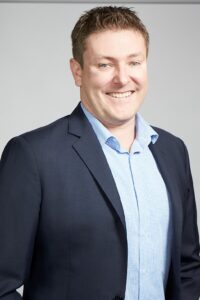 Michael Cox is the Director of Operations at Qudos Bank Arena, having oversight of the total operation of the Arena including the delivery of the Arena’s Technical Operations, Ticketing, Assets (including Presentation Services), Events Services and Security Divisions.

Michael commenced his career in the Venue Management Industry in 1999 at Qudos Bank Arena (formerly the Sydney SuperDome) in Venue Operations. In 2005, Michael joined the Melbourne 2006 Commonwealth Games Corporation, focusing on logistics, site management, licensing and merchandising and sports presentation for the Melbourne Exhibition Centre. Michael returned to Qudos Bank Arena in 2008 and has held a number of management positions before being promoted to his current role where he oversees the delivery of the Arena’s operations for the world’s largest events.

A respected and dedicated venue professional, Michael was invited to be a part of the Live Entertainment Industry Forum (LEIF), which was an initiative of the VMA and Australia’s biggest promoters of entertainment and sport to support the COVIDSafe reactivation of events and live audiences across Australia. Michael has completed a Bachelor in Management from the University of Technology Sydney and has graduated from the VMS in 2009 and the LI in 2016, achieving his AVM accreditation in 2018. 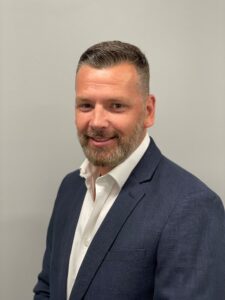 Dwane Goodman joined the Gema Group as Chief Operating Officer in 2020, bringing with him 28 years’ experience in event delivery, catering and kitchen operation. Dwane is a graduate of the Venue Management School as well as holding a Diploma in Commercial Cookery. Dwane has worked in some of the world’s best hotels, stadiums and venues with stints in London, Indonesia and Thailand, as well as a major presence here in Australia. Dwane is part of the executive management team and oversees Gema’s group day to day operations in all 3 functional areas of the group’s venue management, major event delivery and aviation lounges.

Dwane joined the Gema Group following 8 years at the Royal Agricultural Society of NSW and Sydney Showground as the head of Catering & Customer Service.

Further to the two newly appointed Instructors, the VMS welcomes the 2022 international guest Instructor from the United States. 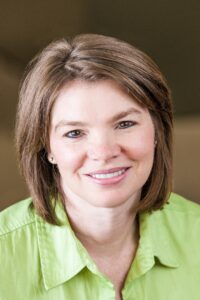 Tammy Koolbeck CVE began as Executive Director of the Iowa State Center in August 2015 and currently serves as Executive Director for Stephens Auditorium. She is only the fifth director to lead the organisation since the venues opened in 1969. She works for the Ames- based company, VenuWorks and has worked in the venue management industry for over 25 years.

Before coming to Ames, Tammy was a senior member of the VenuWorks corporate staff as Senior Vice President/Chief Marketing Office. Prior to her corporate work, Tammy was Assistant Executive Director of Marketing and Programming for the U.S. Cellular Center Arena/Paramount Theatre and General Manager of the Cedar Rapids Ice Arena.

She served as the 2019-2020 Chair for the International Association of Venue Managers (IAVM) Board of Directors and is currently heavily involved in the Association’s federal and state advocacy efforts. In 2014 and in 2021, she was honored with IAVM’s Chairman Citation. She currently serves as 2nd Chair on IAVM’s Board of Regents and the Industry Affairs Committee and serves as a mentor.

In September 2019, Tammy was selected by VenuesNow in its inaugural class of VenuesNow All-Stars – one of 50 industry leaders who were chosen because of their abilities to lead, innovate and commitment to diversity in the live entertainment and venue management sectors. She was also honored 2021 as a Women of Live, one of 52 women chosen throughout North America and Europe in the live entertainment industry.

Registration is now open for the Venue Management School.