Melbourne, Australia: Ticketmaster has today announced it will power its first fully digital venue, the iconic Forum Melbourne. Marriner Group, one of Australia’s leading owner and operator of music and theatre venues, has partnered with Ticketmaster to roll out digital tickets in its 2,000 capacity live music venue. 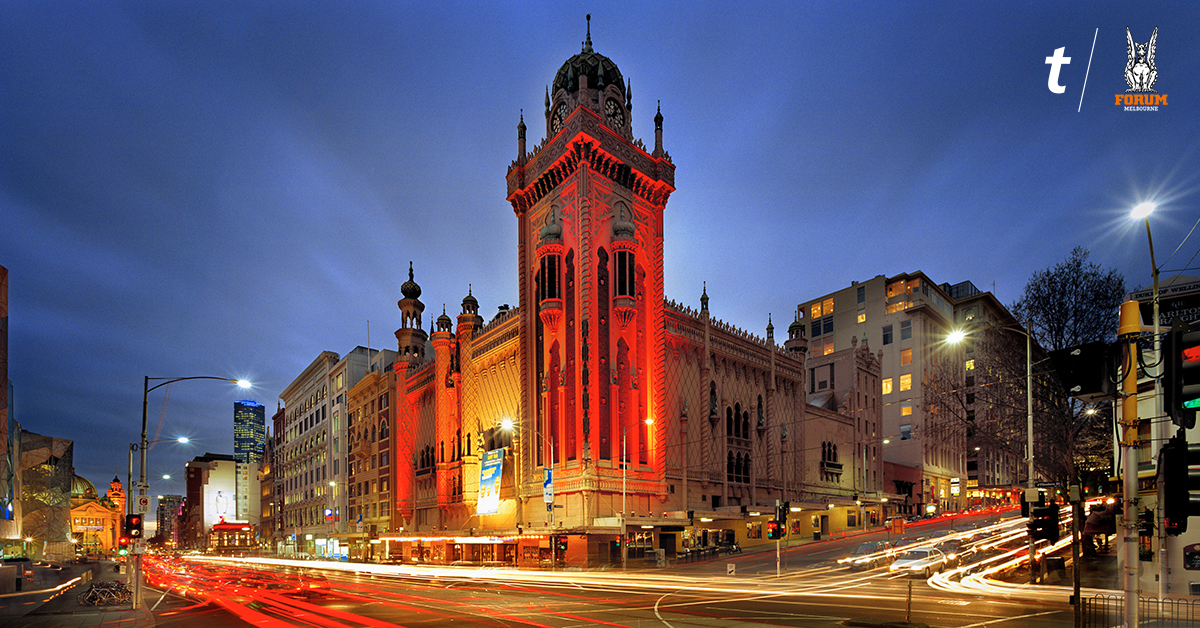 Forum Melbourne will be the first venue in Australia to switch towards a fully mobile ticketing service which will transform the fan experience and simplify the ticket process from start to finish.

The partnership will allow Marriner Group to utilise the latest tool in Ticketmaster’s cutting-edge technological armoury, reflecting increasing calls from fans for an easy and secure ticketing system which fits seamlessly into their lives. The tickets are delivered to the fan’s mobile and can easily be transferred to a friend using their Ticketmaster account.

Maria O’Connor, Managing Director of Ticketmaster Australia and New Zealand said: “Digital ticketing is the future and our partnership with Marriner Group is another step in our mission to put mobile first. Getting the technology live across all shows at the iconic Forum Melbourne is a huge milestone in this journey making fans lives easier.”

Kayely Marriner, Director of Marriner Group says: “We’ve been utilising digital solutions with Ticketmaster this year at the Princess Theatre. The platform is extremely user-friendly and convenient and as such, we’ve decided to go fully digital at Forum Melbourne and look forward to the system giving our patrons an easy way to manage their tickets right from their mobile.”

The first events to go on sale at Forum Melbourne with 100% digital tickets will be shows for artists Maribou State, James Blake and Tycho, promoted by Secret Sounds.

Paul Piticco, Co-CEO of Secret Sounds said: “Innovating is critical to us here at Secret Sounds.  A fully digital ticketing system means less scalping, safe and easy transfer to friends, and a better environmental outcome by not printing or producing tickets.  We are in!”

In addition to creating a much more personalised experience for the fan, digital ticketing also paves the way for increased security, decreased fraud and unlocked value from customer relationships.

Adding further, O’Connor said: “By replacing paper and print-at-home tickets we can speed up venue access, while also protecting venues against fraud and enhancing security overall.”

Ticketmaster is the world’s leading ticketing platform helping artists, venues, festivals, major sports leagues, theatre groups and more, get millions of tickets into the hands of fans. In 2018, the company announced a string of investments into the future of safe and secure ticketing, including UPGRADED a live event blockchain platform, which makes tickets easy to transfer and impossible to duplicate, as well as Blink Identity, a facial recognition technology.