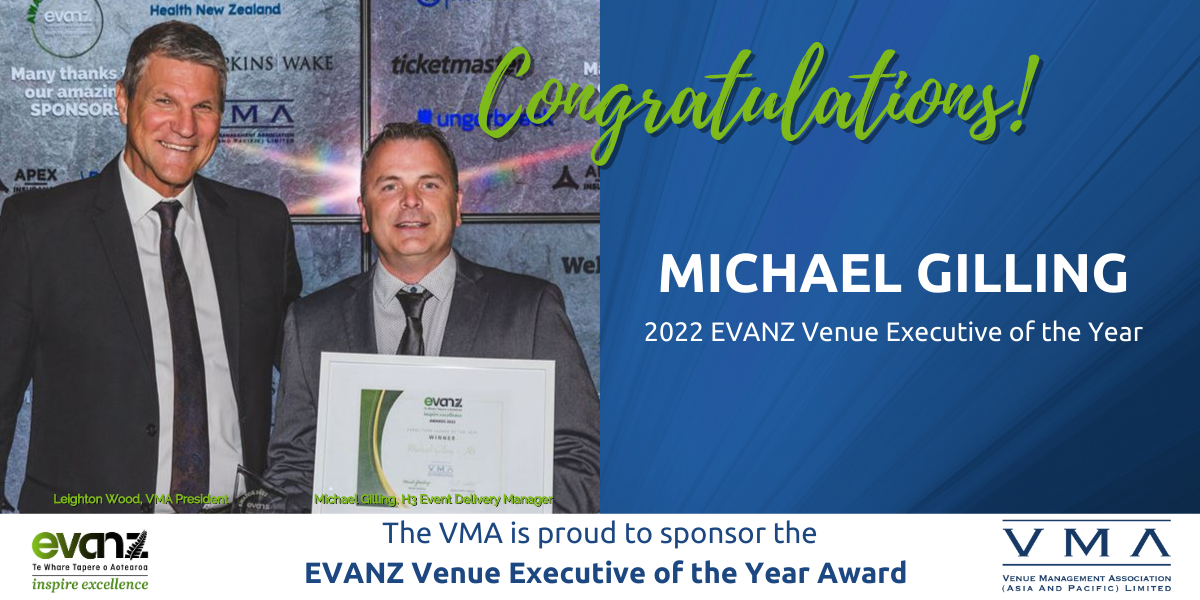 Gilling, who is responsible for overseeing the delivery of all events across Claudelands, FMG Stadium Waikato, and Seddon Park, was praised by the judges for his “positive, problem-solving, supportive and collaborative leadership style” which they said made him an “excellent candidate for this award”.

Gilling has been part of the H3 team since 2011 and previously held the role of Event Manager – Arena before being promoted into the newly established Event Delivery Manager role earlier this year. In this role, he is tasked with leading H3’s event delivery teams and ensuring events are presented to a consistently high standard across all venues and event types including performances, sporting events, exhibitions, markets, conferences and functions.

In presenting the Award, VMA President, Leighton Wood, extended his congratulations to Michael for being a stand-out winner in a very strong field of nominees.

The VMA has proudly sponsored the Award for the last four years with the winner receiving complimentary registration to the VMA’s 2023 Asia-Pacific Venue Industry Congress.

The other finalists in the EVANZ Leader of the Year category were Nick Sautner from Auckland’s The Eden Park Trust and Jason Wade from Hamilton’s Clarence Street Theatre.